The U.S. Navy Base at Guantanamo Bay is often in the news, but most people know very little about the history of the base.  These photographs and the descriptive material will help acquaint people with the storied history of this U.S. outpost. 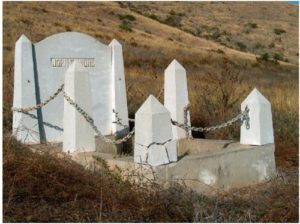 According to the history of the base sold in the Navy exchange and first published on 5 January 1953, and added to most recently in 2001, there are three civilians buried at the U.S. Navy Base at Guantanamo Bay, although the other two graves were not visible to the author. Quarantine Cemetery was established on Caracoles Point with four burials between December 1913 and February 1914, probably all smallpox victims. North Toro Cay Cemetery was established in 1906 with 50 graves over the years including British Paymaster E.N. Harrison, RN, HBMS Buzzard who died from yellow fever on 1 December 1854, and was buried on Hospital Cay. Native Cemetery (Water Hole Cemetery) was located on the south side of a hill near the north boundary line, south of Boqueron with 12 burials– two of which were later moved. The oldest cemetery, preceding U.S. occupation was the Old Spanish Cemetery (also known as Fisherman’s Point Cemetery and Lighthouse Dock Cemetery) in which an unknown number of Cubans were buried. Five servicemen were buried there between 1902 and 1905, but later they were moved to North Toro in 1909. The last recorded burial on Fisherman’s Point was in 1922. The McCalla Hill Cemetery,near the site of the Fleet Logistical Air Wing Terminal was established about 1917 when the first burial was recorded. Those buried in this cemetery were transferred to the cemetery near Cuzco Beach in 1940 when a Naval Cemetery was established there. When the original history was done in 1953 there was 127 persons buried there. In 2001, the number had grown to 330. On Leeward Point there i a grave of an old rancher who died in 1901. 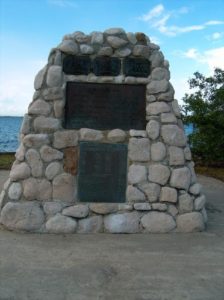 Fisherman’s Point has special historical interest as the location of where Christopher Columbus landed on his second trip to the new world on April 30,1494. On June 10, 1898, a battalion of Marines landed at Fisherman’s Point and made camp on McCalla Hill. These were the first troops to step on Cuban soil in the Spanish-American War. In the early 1900s this area was the only part of the based that contained commercial businesses.

Under the lease agreement between the United States and Cuba, no marriages could be conducted on the Base. Until the Northeast Gate as closed in 1963, many sailors went to Guantanamo City to be married through the Cuban judicial system and returned to the base for a chapel wedding. Now, all marriages must take place in the United States, although a church wedding can be performed at the chapel if the couple is already civilly married. The main chapel was informally dedicated to Selvin and Mosa Reid on September 29, 1996. 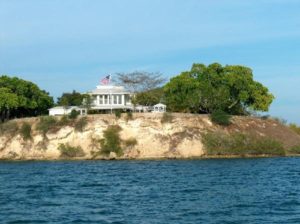 The base Commanding Officer’s house is located at the end of Deer Point. 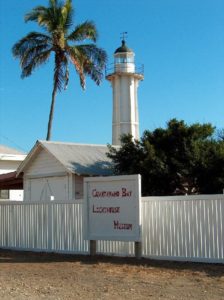 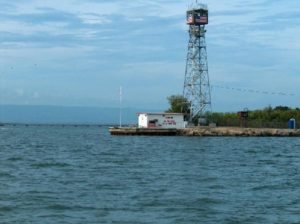